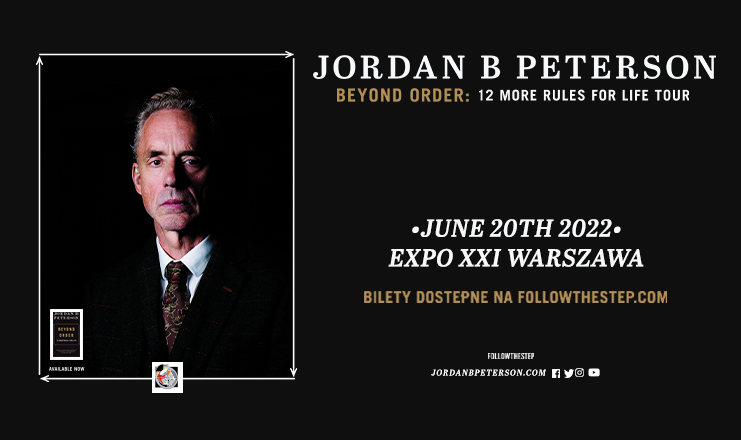 Jordan Peterson – author of the world bestseller „12 Rules for Life: An Antidote to Chaos” will give his first lecture in Poland! Jordan B.

Jordan Peterson – author of the world bestseller „12 Rules for Life: An Antidote to Chaos” will give his first lecture in Poland!

Jordan B. Peterson is a clinical psychologist and lecturer at the prestigious University of Toronto. He collaborated, among others with the Secretary General of the United Nations. On a daily basis, he helps his clients in coping with depression, obsessive-compulsive disorders, anxiety and schizophrenia. He has also been an adviser to major Canadian law firms and has given many lectures in North America and Europe.

While working as a professor at Harvard University, he was nominated for the prestigious Levinson Teaching Prize, and was considered by students of the University of Toronto as one of only three lecturers who can really change lives.

By March 2021, the professor’s YouTube channel, with hundreds of videos and lectures, had 3.5 million subscribers and 210 million views.

Dr. Peterson has published over one hundred academic papers with his students and colleagues, and his book, “12 Rules for Life: An Antidote to Chaos”, has sold over 4 million copies worldwide.

GET A FREE QUOTE

Please fill this for and we'll get back to you as soon as possible!